Barça’s worst enemy continues to be themselves. 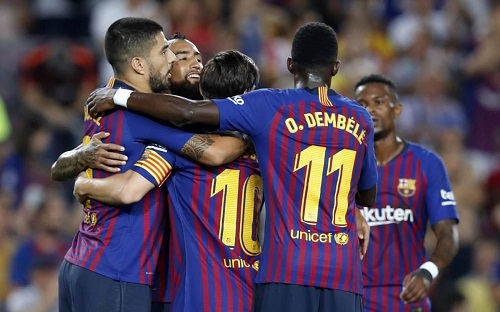 The winter break is over and Barça will be back in action as they resume their pursuit in conquering all three competitions. Their path consists of the likes of Real Madrid, Atletico Madrid, and Sevilla in Spain, while battling Lyon and the other remaining clubs in the Champions League. However, the Blaugrana need to come to grips with their worst enemy; themselves.

The club’s start to the 2018-2019 season has been exceptional thus far.  Barça sit atop of the league table and won their Champions League group stage. However, a few bumps in the road due to on the field and off the field issues have to be resolved as they prepare for their second half of the season. 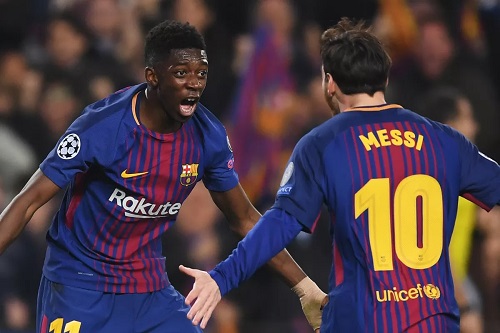 During the first half of the season, the big issue was Ousmane Dembélé. Fortunately, it seems the matter has been resolved. Yet, I feel it won’t be last time before we read another negative story about the young Frenchman. It’s not unheard of to see someone who is 21 and immature. Messi needed Pep Guardiola to tell him to change his diet habits at 21 and make him shine on the pitch. The club knew they were signing a young player who was not a model citizen at Rennes and Dortmund. Obviously, the lack of professional people managing and advising Dembélé is not helping and he would probably benefit from having an experienced agent to advise him properly. Hopefully Éric Abidal, currently the club’s football first team technical secretary, can be that father figure and take him under his wings to teach him to become more professional athlete and steer him from squandering his opportunity. 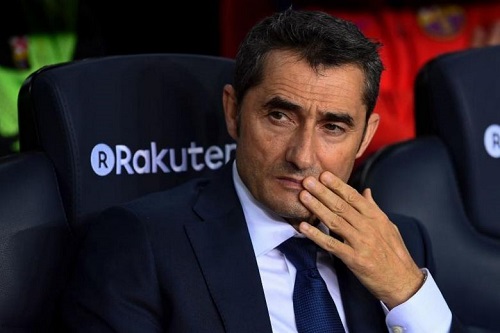 Another issue of concern is the manager himself, Ernesto Valverde. Last season, Valverde could hang his hat upon the fact that his team almost went unbeaten in the league and defended well which saw them capture the domestic double. Last season, the Blaugrana conceded only 29 goals. This season however, they have already lost twice and have conceded 19 goals after 17 games. Fortunately, the Blaugrana have kept a clean sheet the last four games and here’s hoping the trend of not leaking goals continues.

Nonetheless, under Valverde, the team is unbalanced with the midfield failing to support the backline. Some of his decisions when it comes to the starting eleven is also baffling, such as immediately starting players who have just returned from an injury. He also benches players after a good run of games and starts players out of the blue. Last season, there were complaints that he kept playing the starters for too long and didn’t rotate enough down the stretch after amassing a big lead in the league standings. This season, Valverde was rotating often which saw the team drop points during the first half of the season.

It is clear that Valverde has not settled on 4-3-3 and often reverts to 4-4-2 which at times has been dull to watch. This is Barça, not Athletic, and with the talent at his disposal, we should not be watching dull football. However, the main concern is that Valverde still seems to make the team become more conservative when they have the lead or he fails to adjust when the team is struggling to gain control on the pitch, with the loss to Real Betis as the perfect example with the bitter taste of being eliminated by Roma in the Champions League still lingering. That Roma elimination is a dark cloud that continues to hover over Valverde to this day. 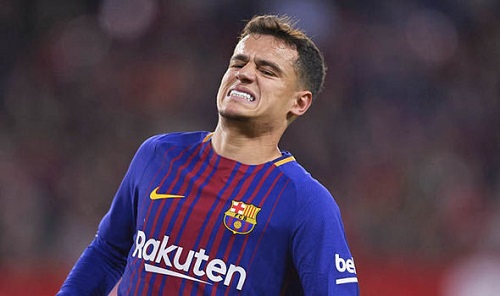 Another major issue is what to do with Coutinho. Valverde does not consider him as a starter, due in large to Dembélé’s performances lately. With Valverde unable to play 4-3-3 or any other variation, the big signing Coutinho, and other signing Arthur, seem destined to ride the bench for now. However, the bench was not what many had in mind when the club spent €160 million for Coutinho. Nonetheless, Coutinho has failed to shine up front, in the midfield, and in Messi’s absence, so it’s not entirely Valverde’s fault. With any luck, Valverde can find a way to get more out of Coutinho or the board will live with the fact that they spent €160 million for a substitute. 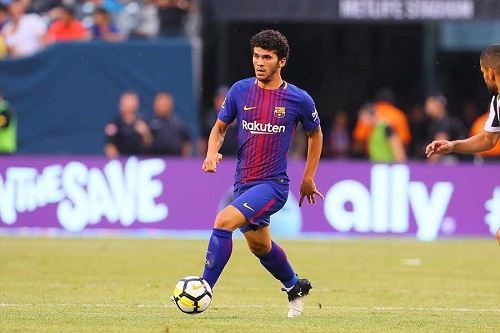 Finally, Valverde needs to give more minutes to La Masia players. Carles Aleñá is a recent La Masia who has made the jump to the first team and here’s to hoping he gets to feature in all three competitions. No one is demanding that Barça B players be inserted into the starting lineups and play a full 90 minutes but with Copa del Rey on the horizon, we should see more of the youth in these games. None of the key starters should feature in the Copa del Rey in order to be rested for the league and Champions League which should be the main priorities this season. Chasing a treble, as much we love to win it, can be costly if it means coming up short in Europe because of fatigue from playing in Copa del Rey, again.

The board also has to do better in terms of protecting its players and investing in the squad. It was no secret that the stories of Dembélé being late to training were being leaked to the media and its unfathomable how this was supposed to improve the situation. Additionally, the club needs to improve on re-enforcing the squad. 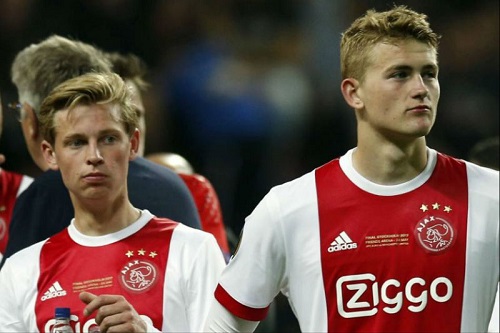 Ajax Amsterdam’s Frenkie de Jong and Matthijs de Ligt are players the club should be signing as heir apparent to Gerard Piqué and Sergio Busquets, who will be 32 and 31 by the time next season starts. Yet, it seems Barça will ultimately sign Adrien Rabiot and Jean-Clair Todibo instead. It is true that signing two of these four players could impact the youth players who want to make the jump to the first team. However, since these signings are going to be made anyways, then wouldn’t it be for the best to sign the finest talent available and not make another André Gomes/ Marlon type signing? The board needs to stop with the poor signings and not waste Messi’s final years with these types of teammates. Elections are a couple of years away but it would be nice for the new board to inherit a strong, if not the greatest, team like this current one did.

The league resumes today with a tricky away fixture to Getafe. Will Barça stop being their own worst enemy? Only time will tell. Hopefully we are not wasting Messi’s talent and time at the club.