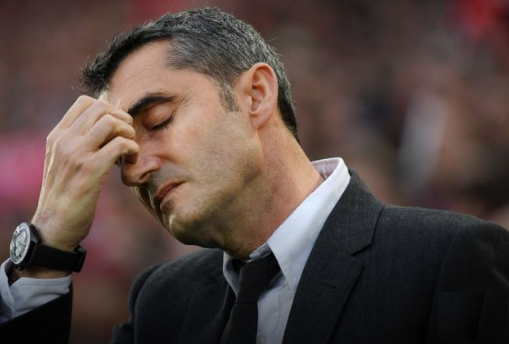 Barça’s once promising season went from treble dreams to a bitter nightmare end following their disappointing and gut-wrenching losses to Liverpool and Valencia in both Champions League and Copa del Rey. Blowing a three-goal lead in the Champions League in back to back seasons and then coming up flat against Valencia in the Copa del Rey can only mean one thing; it’s time for Valverde to go.

Valverde may be a good person but his time as Barça’s manager needs to end. Barça have been embarrassed twice in the Champions League under him by blowing back to back 3 goal aggregate leads. He was spared last season thanks to a domestic double where Barça only lost once in the league. However, this season turned out worse than last season.

Unfortunately, the club seems happy to keep Valverde around. After the 2-1 Copa del Rey Final loss to Valencia on Saturday, FC Barcelona’s president Josep Bartomeu defended Valverde and indicated that Valverde’s job was safe. “Valverde: He has a contract, he’s the coach. This defeat is not the manager’s fault. We had a lot of chances but the ball wouldn’t go in. Sometimes you have all the shots, but what counts is scoring goals,” said Bartomeu. 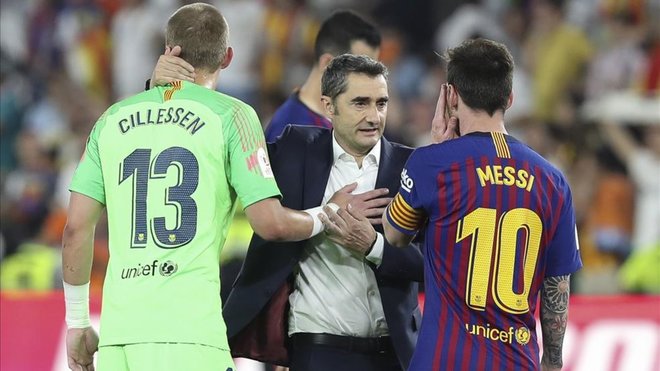 Valverde has to be fired and hope the club can hire someone who for once will not waste Messi’s talents. His coaching is uninspiring and the fact is that he keeps getting outcoached in big games and Messi’s brilliance has saved him from further humiliation thus far. There is no defense in bringing Valverde back next season. He has shown that he is not a visionary with an inspiring project. Furthermore, he has not shown any confidence in our La Masia homegrown talent and has not shown he is true to the club’s DNA with his formations and strategy.

Valverde is the second highest paid manager in Europe and has not justified earning €23 million a year. He has shown he’s not up to the task nor is willing to improve. The club made a mistake in hiring him and need to rectify this mistake by hiring him now.